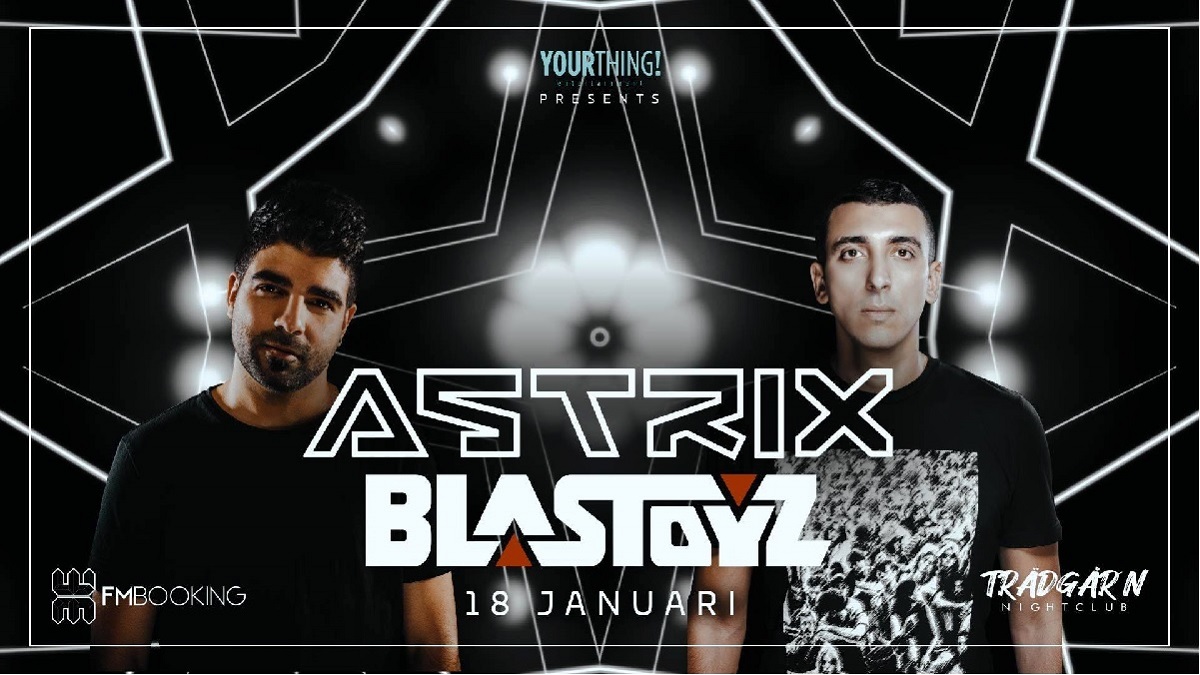 ASTRIX:
Astrix has been one of the leading trance producers and DJs in the world for more than a decade, carrying his musical message of psychedelic emotional uplifting trance to every corner of the world, to the biggest urban clubs and far away beaches, huge festivals and underground events. Devoted to his art and a true perfectionist, Astrix is known for his massive hypnotic explosive sets on the dancefloor and for his precise detailed production in the studio. Both always laced with tons of feel and musicality. His music has been topping the charts and his albums are considered milestones.

BLASTOYZ:
In a small village in Isreal there lived a boy by the name Kobi Nigreker. With the call of music hitting his heart when he was just 9 years old, Kobi would set forth on a journey, ultimately discovering a passionate love for recording and just a few short years later, Blastoyz was born.
In 2003, Blastoyz began DJing, gravitating to the sounds of alternative and house. It was during this time that he began to surround his life with everything dance music based. However, it was the sounds of trance that truly peaked his interest and when it came time to begin producing, it would be Goa and Psytrance that he would gravitate to.