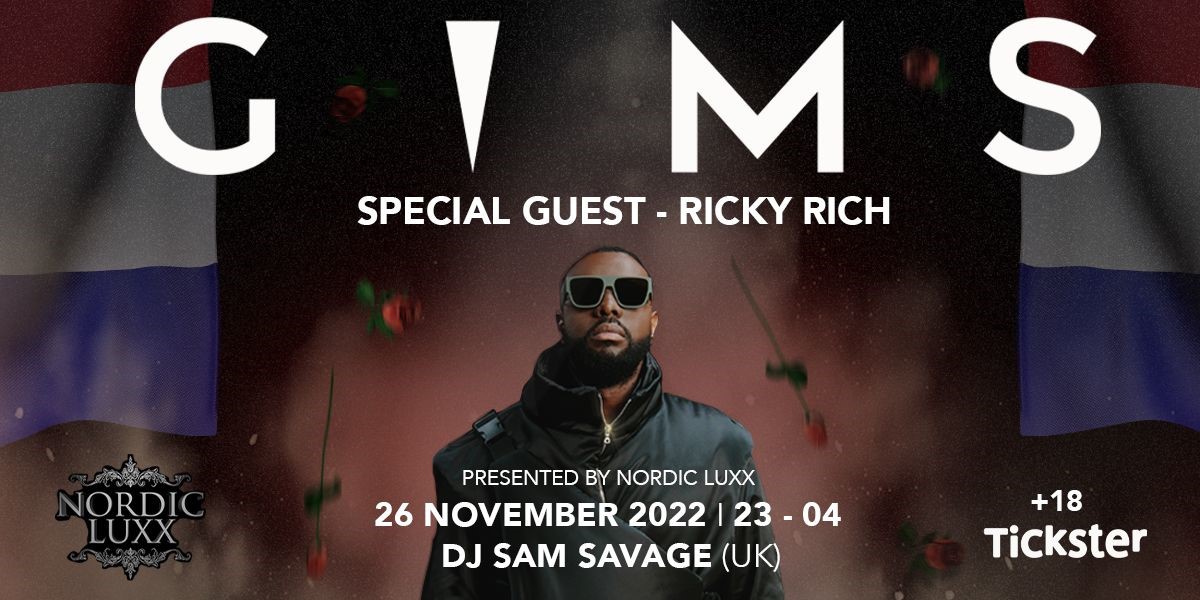 Nordic Luxx welcomes you to their Nightclub Experience! We are proud to host our concept where luxury meets fun at Sweden’s finest venues.

After a successful launch party with Soolking, WE ARE BACK !!

This time, Nordic Luxx welcomes France’s Top selling artist GIMS live in Gothenburg to peform at Trädgår’n for 1600 guests! GIMS is a rapper, singer, producer. He is the most played artist on French radio and has sold over 5 million albums.

To spice it up even more, we have Swedish sensation Ricky Rich peforming some of his songs such as the International hit ”Habibi”.

Our very own Dj Sam Savage is back on the decks to bring you the hottest tracks.

Dj Sam Savage holds residencies at London’s top clubs. Known for his urban open format style, Sam has an impressive portfolio, playing alongside some of the biggest artists such as: French Montana, Tory Lanez, OVO & of course Soolking!

Expect an unforgettable nightclub experience which will include an International Dj spinning tracks, a spectacular performance by GIMS, bottle shows and table service and much more !