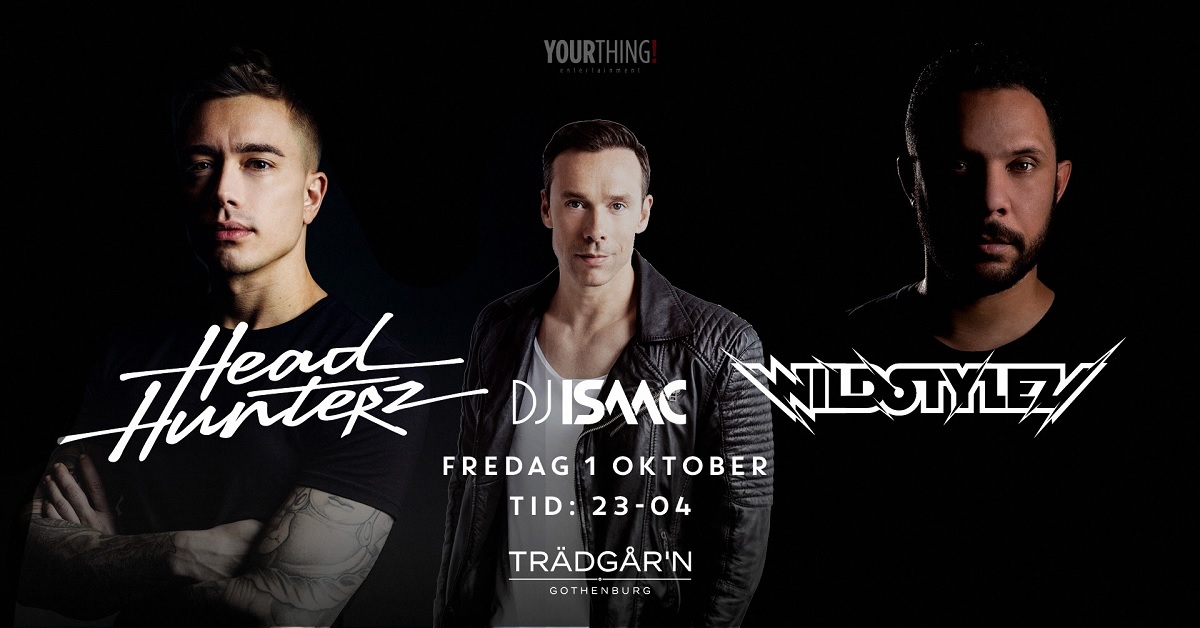 HEADHUNTERZ:
Willem Rebergen (born 12 September 1985), better known by his stage name Headhunterz, is a Dutch DJ and record producer. He has also done voice-acting for several movies and TV series.He began his career in 2005, working in hardstyle music. He has performed at Qlimax, Defqon.1, Q-Base, inQontrol, Decibel and Hard Bass and has performed at electronic music festivals including Electric Daisy Carnival and Tomorrowland. Headhunterz released his work on Scantraxx through his own sub-label, Scantraxx Reloaded, but in 2013, he started his own record label, HARD with STYLE. He signed with North American electronic dance music label Ultra Music in 2013 and left his own label in 2015. As of June 2017, he has made his official return to the Hardstyle community at the Closing Ceremony of Defqon.1 Weekend Festival 2017, and in turn, returning to his own label.

WILDSTYLEZ:
Some artists you recognize from afar. Musicians that have created a unique style of their own, breaking free from current trends to follow a path they pave solely on their own. Wildstylez is one of these. A DJ and producer who has never been afraid to do what he wanted, with no fear of the unknown and as a result has succeeded in taking Hardstyle to another level.
Born in 1983 in the small village of Veendendaal, Joram Metekohy – the artist best known as Wildstylez – discovered Hardstyle in the early Noughties, an energetic, fraternizing genre that can be found in many different guises. Perhaps it’s the different bands he has performed in or just his preference for songs with vocals –but Wildstylez has worked tirelessly to turn the genre on its head and create his own distinctive brand.

DJ ISAAC:
DJ Isaac is at the forefront of harder dance music; a position he now holds for over 20 years. Always sticking his head out for new revolutions in sound. Roel Schutrups is one of the founders of Hardstyle. This background and his continuing efforts in the studio make him a regular headliner at the world’s biggest dance festivals and events like Electric Daisy Carnival, Defqon.1 Festival, Qlimax and Decibel Outdoor). Besides that he also runs one of the best known and longest existing podcasts called ”Isaac’s Hardstyle Sessions”.
Still Isaac’s own focus has always been an international career which ultimately brought him everywhere in the world. Furthermore he is responsible for big hits like ’DJ, Ease My Mind’, ‘B*tches, ‘Digital Nation‘, ’Burn’ and remixes for Martin Garrix, Dash Berlin, Yellow Claw & Showtek. Still coming up this year are another World tour, exciting productions and much more. A bright future for an artist who has created his own world.